Making her dream a reality

Danielle’s dream began at the tender age of four, when she started dancing with June Neal Key in Kansas City, Kansas, then furthered her training at age nine with Lisa Stickelman Dillinger and Flo Klenklen at the State Ballet of Missouri (now the Kansas City Ballet School). Danielle continued her dance education at the Walnut Hill School for the Performing Arts in Natick, Massachusetts with Michael Owen, Sydelle Gomberg, the late Samuel Kirkjian, and Tamara King, and was a member of their National Youth Ballet for two seasons. During that time she also attended several summer programs including the Rock School of the Pennsylvania Ballet, Pacific Northwest Ballet, and Atlanta Ballet Centre for Dance Education.

As a professional dancer, Danielle joined the Georgia Ballet, where she danced in La Sylphide, The Nutcracker, and Swan Lake, and was featured in Ginger Thatcher’s Monet’s Garden. She then performed with Nashville Ballet and Nashville Ballet II, dancing in numerous classical and contemporary works, including Scheherazade, Balanchine’s Serenade, The Sleeping Beauty, Swan Lake, and Aida with The Nashville Opera, as the Tortoise in Paul Vasterling’s The Singing Tortoise, and in the late Robert Philander’s Snap.

In 2007, Danielle joined Ballet San Antonio and performed in Gabriel Zertuche’s Suzaki Dances and Svelto, in Spanish and Russian dances in The Nutcracker, as a villager and lead bride in Dracula, as lead Czardas in Coppélia, in Ben Stevenson’s Cinderella, and as the Nurse in Ben Stevenson’s Romeo & Juliet. In 2013, she joined the Ballet San Antonio staff where she helped expand the company’s community education program to reach over 10,000 families, and initiated a partnership between Ballet San Antonio and American Ballet Theatre’s prestigious Project Plié program.

In the summers of 2015 and 2016, her work with at-risk youth at Boys & Girls Clubs in San Antonio earned her a full-tuition scholarship to attend American Ballet Theatre’s National Curriculum Training. An American Ballet Theatre Certified Instructor, Danielle has served as Co-Interim Artistic Director, Company & Outreach Manager, Ballet Master for Ben Stevenson O.B.E.’s Swan Lake, and Children’s Rehearsal Director for Ballet San Antonio’s The Nutcracker. But most importantly, Danielle shares her true passion and love of dance with the many students of the San Antonio Ballet School and the San Antonio Youth Ballet, with the hope that they too will one day share their love and beauty of the art of ballet. 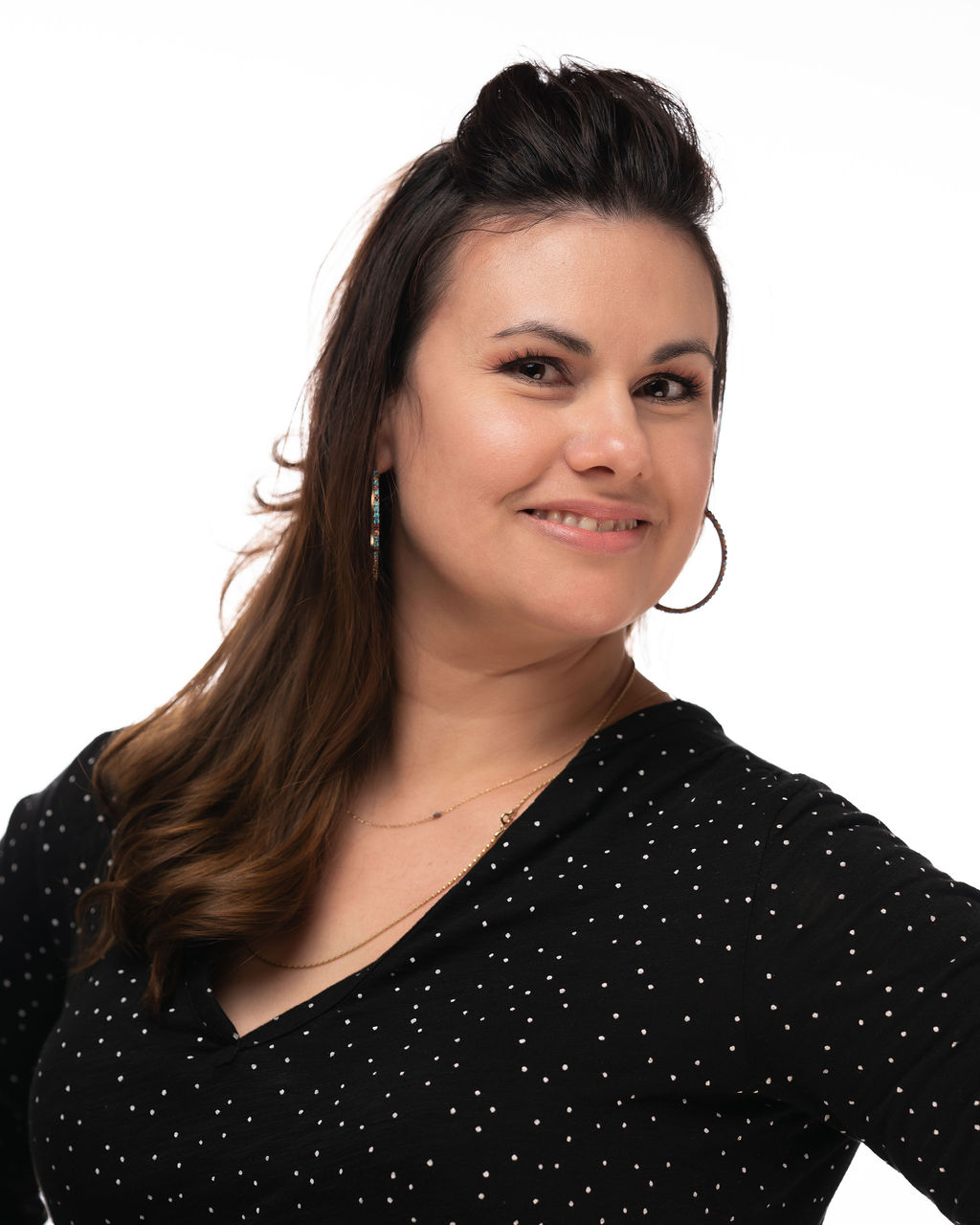 Ballet
Giselle Fox was born in Havana, Cuba, where she trained as a dancer at the National Ballet School of Cuba, (ENBC) “Fernando Alonso” from 1995-2002, graduating as a dancer and teacher of classical ballet. The basic artistic training teachers she had were: Ramona de Saa (ENBC Director); Martha Iris Fernandez (Assistant Director ENBC); the recently deceased master Fernando Alonso, creator with the Prima Ballerina Absolute Alicia Alonso of Cuban Ballet School and Technique. As soon as Giselle graduated in 2002, she joined one of the most recognized and prestigious ballet companies in the world, the National Ballet of Cuba, under the direction of Alicia Alonso. As part of the company, she participated in many International Ballet Festival, in Cuba, Latin America and around the world.

Giselle danced most of the extensive classical and contemporary repertoire of the company as corps de ballet, soloist and principal roles, sharing the stage with many world-renowned dancers, among which are: Carlos Acosta, better known as Carlos Junior; Viengsay Valdes, Paloma Herrera, Alina Cojocaru, Julio Bocca, Angel Corella, Agnes Letestu, among others. Also participated in various workshops and master classes of stars like Azari Plisetski, Jewels of the Ballet of Cuba Josefina Mendez, Loipa Araujo, Aurora Bosch and Mikhail Baryshnikov among others. In 2007 she joined the Ballet de Monterrey, under the direction of Luis Serrano, where she played most of the classical and contemporary repertoire such as Giselle, Swan Lake, Nutcracker, Don Quixote and La Bayadere ballets, among others. Simultaneously the company of tango, Noctango, integrates main stage tango dancer and lounge. Throughout her career Giselle has also worked as a choreographer and teacher. Her choreographies include: Tinker Bell Ballet (classical piece in 2 acts), Nocturno (neoclassical style of tango), Just for Today (pas de deux of Argentine tango stage) etc. She begins her work as a teacher in her native Cuba, and extends to Mexico, mainly in Monterrey and the United States. Her students have participated in numerous editions of the International Meeting of Ballet Academy, the only event of its kind in the world that takes place every year in Habana, Cuba. In 2013 she moved with her husband and 3 year old daughter to San Antonio, to join as Ballet Mistress Ballet Latino San Antonio (BLSA), and Ballet San Antonio Academy, since then, she has also collaborated with International Dance Studios as Quenedit Dance School, Bravo Ballet School, San Antonio Ballet School, Trilogy Dance Center and also prepared her students for various international dance competitions like The Youth America Grand Prix where her students have been positioned in the top twelve. 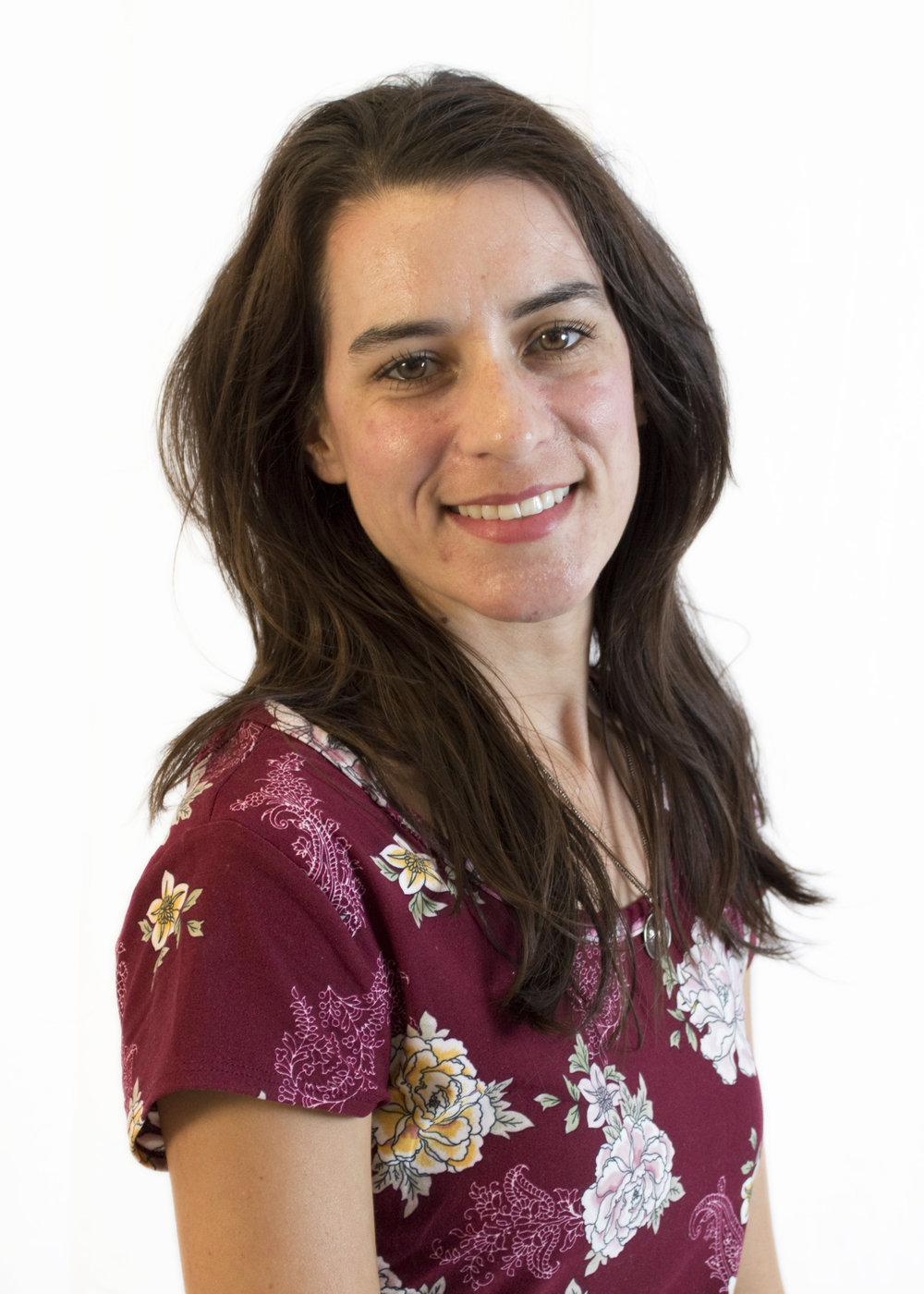 Ballet
Ivy Newell began her ballet training at the age of ten at Mayra Worthen Ballet School. Soon after, she began to study en pointe with Mayra Worthen, Julie Morton-Simpson, and Tiekka Schofield and performed five seasons of Ballet San Antonio’s (Texas Ballet Concerto) The Nutcracker in children’s’ roles. Later, Ivy completed multiple summer intensive workshops at Houston Ballet Academy, Virginia School of the Arts and American Ballet Theatre. As a professional, Ivy performed ten seasons of the Nutcracker with Ballet San Antonio in various roles to conclude as a soloist role of Snow Princess. Ivy continued her studies at Alamo Arts Ballet. Ivy performed various soloists’ roles including pas de deux from Sleeping Beauty, Le Corsaire, Flames of Paris, and soloist roles including Pas De Quarte, Alice from Alice a Ballet Wonderland. During this time, Ivy became a guest artist for Ballet New Braunfels and performed The Sugar Plum Fairy in The Nutcracker. Later, Ivy continued her love for ballet as a instructor for gymnast to improve gracefulness, technique, and foot strength. Currently, Ivy is the Level I ballet instructor for San Antonio Ballet and enjoys sharing her ballet passion with her students.

Ryland is a WBC contract recipient as well as YAGP regional medal winner and NYC finalist. He has performed works by Gerald Arpino, Robert Hill, Jean-Christophe Maillot, Bruce Wells, Brian Enos and George Balanchine. While with Ballet San antonio he has performed leading roles such as “White Rabbit” and “The King” in Brian Enos’s “Alice in Wonderland” in addition to featured roles such “Snow Prince” in Gerald Arpino’s snow scene from “The Nutcracker”, Demi-Soloist in Gerald Arpino’s “Round of Angels, Four Men in George Balanchine’s “Rubies” and the Pas de Quatre divertisment in Bruce Well’s “Beauty and the Beast”. Ryland has also recently performed as Mush in “Disney’s Newsies” with the Public Theatre of San Antonio. International highlights included being invited to perform in “Cinderella” at the Bravissimo International Festival in Guatemala City as well as performing as a guest artist with the Alberta Ballet in Bruce Well’s “A Midsummer Night’s Dream”. This is Ryland’s first year teaching for San Antonio Ballet School.

Ballet
Allison Dauphine is a native to San Antonio who began dancing at the age of 2 by sneaking into a ballet class. Since then she has pursued many different styles such as Modern, Jazz, and Contemporary. After graduating from the Northeast School of the Arts as a Dance Major, Allison furthered her education at St. Mary’s University and has returned to her first passion of dance. This is Allison’s first year teaching for San Antonio Ballet School.

Jazz, Contemporary
Rosie Torres calls herself a dance enthusiast. Her titles include, dance educator, choreographer, dance adjudicator and dance consultant.
” Teaching dance has given me an insight into the world of physics, spirituality, philosophy, and the human experience. I am always enlightened to discover that everything dances. I am a better person because I dance. This inspires me to share my knowledge and experience of dance with my students. ”
This is Rosie’s 22nd year teaching dance independently and for MA Dance.

Her judging credits include: MA Dance Regionals and Nationals, Dance Educators Assessment of Learning for the Texas Dance Educators Association, the Iowa State Solo and Team Championship. Most recently, Rosie was a dance judge at the Amazing and Famous Nationals for cheer and dance in Guadalajara, Jalisco, Mexico and a dance judge at the All American Dance Championship in Orlando, Fl, under the Varsity brand. One of her favorite and most recent opportunities was to be staffed at the coaches corner for the World of Dance competition in Orlando, Fl. 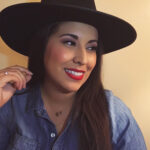 Jazz, Modern
Genevieve Marie Garcia is a native of Harlingen, Texas. She attended Texas Woman’s University (TWU) where she received her Bachelor’s of Arts in Dance. While at TWU, she received the Excellence in Choreography award in 2008. Her work titled Fragments of Memory was featured at the American College Dance Conference. After, graduation she moved to San Antonio, Texas where she started teaching dance at Ballet San Antonio Academy under the direction of Mayra Worthen. In 2016, two of her choreographic works were featured at San Antonio College Dance Festival. Currently, she is working on a group piece to be featured at W-I-P in April 2019. 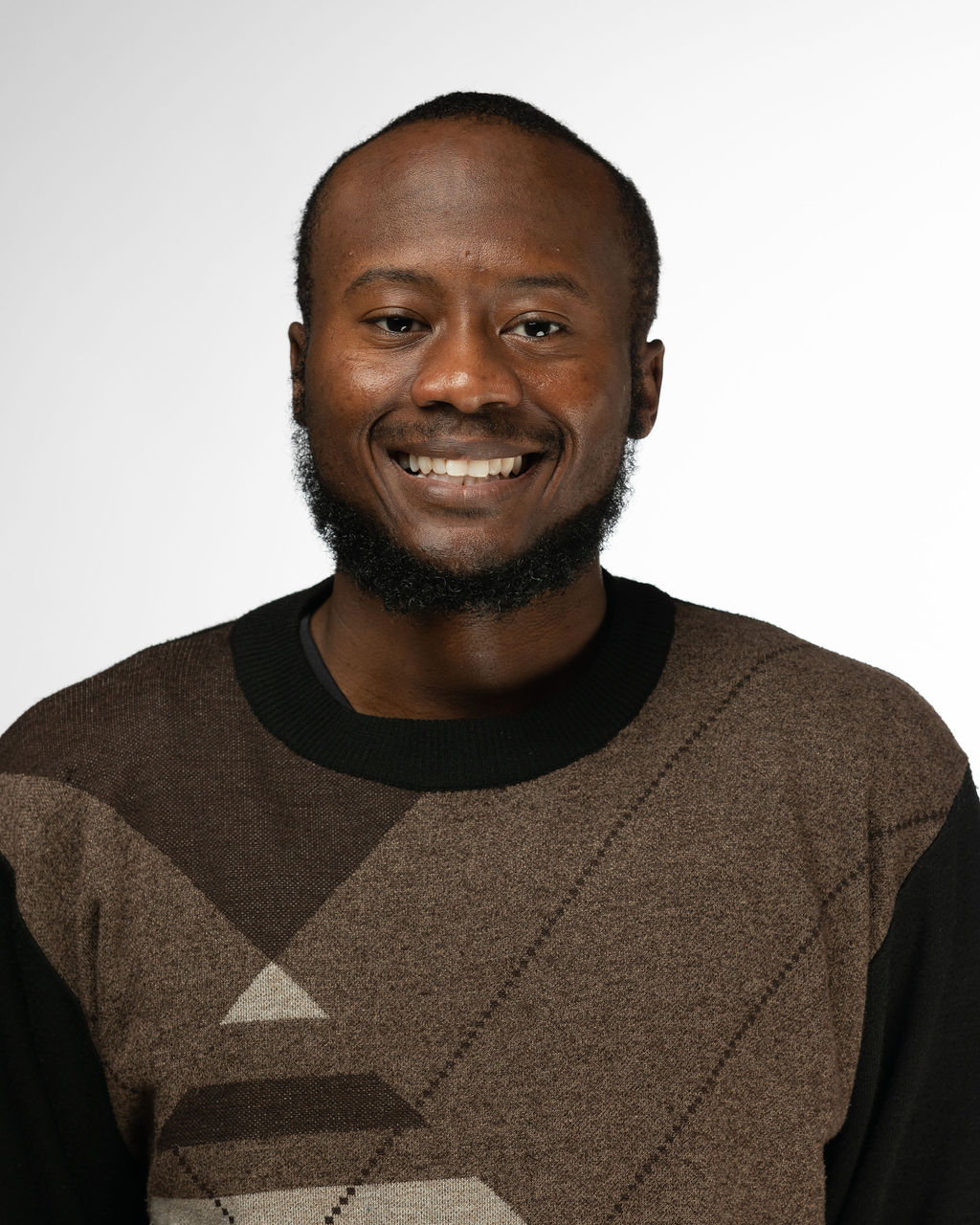 Hip Hop
Kevin Brewster – (more to come) Dancing is my spiritual outlet. My dance style is Breakin'(breakdancing) I use it to get through the rough times in my life. I also use my talents teach others. Their joy for the art form enriches my life. In the future I hope to spread my knowledge of dance to underserved areas of the world. 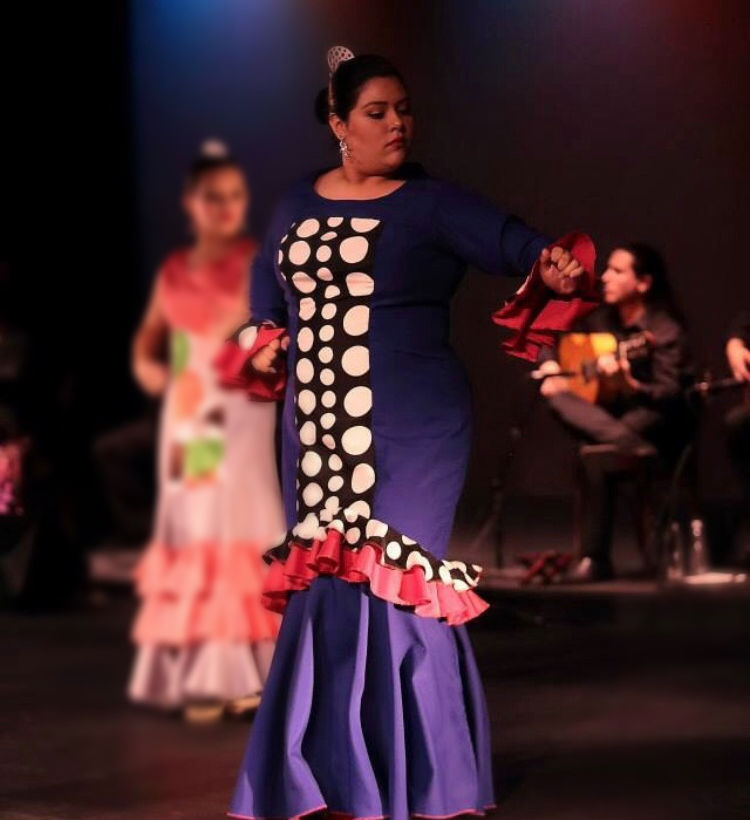 Flamenco
Karlene Bernal has been dancing for 16 years and received her training in Flamenco under the direction of Sonya Casillas. She has taken multiple workshops with Miguel Vargas, Pilar Andujar and Illeana Gomez. Karlene is a former member of the City of San Antonio Pre-Professional dance troupe, Fandango and current member of the Professional dance troupe, Ballet Folklorico Festival. Karlene is honored and excited to be teaching in her first year with San Antonio Ballet School, and looks forward to sharing her love, appreciation and passion of Spanish Flamenco. She hopes to help many students achieve success in the fine arts, and learn a new profound respect for the Flamenco community. 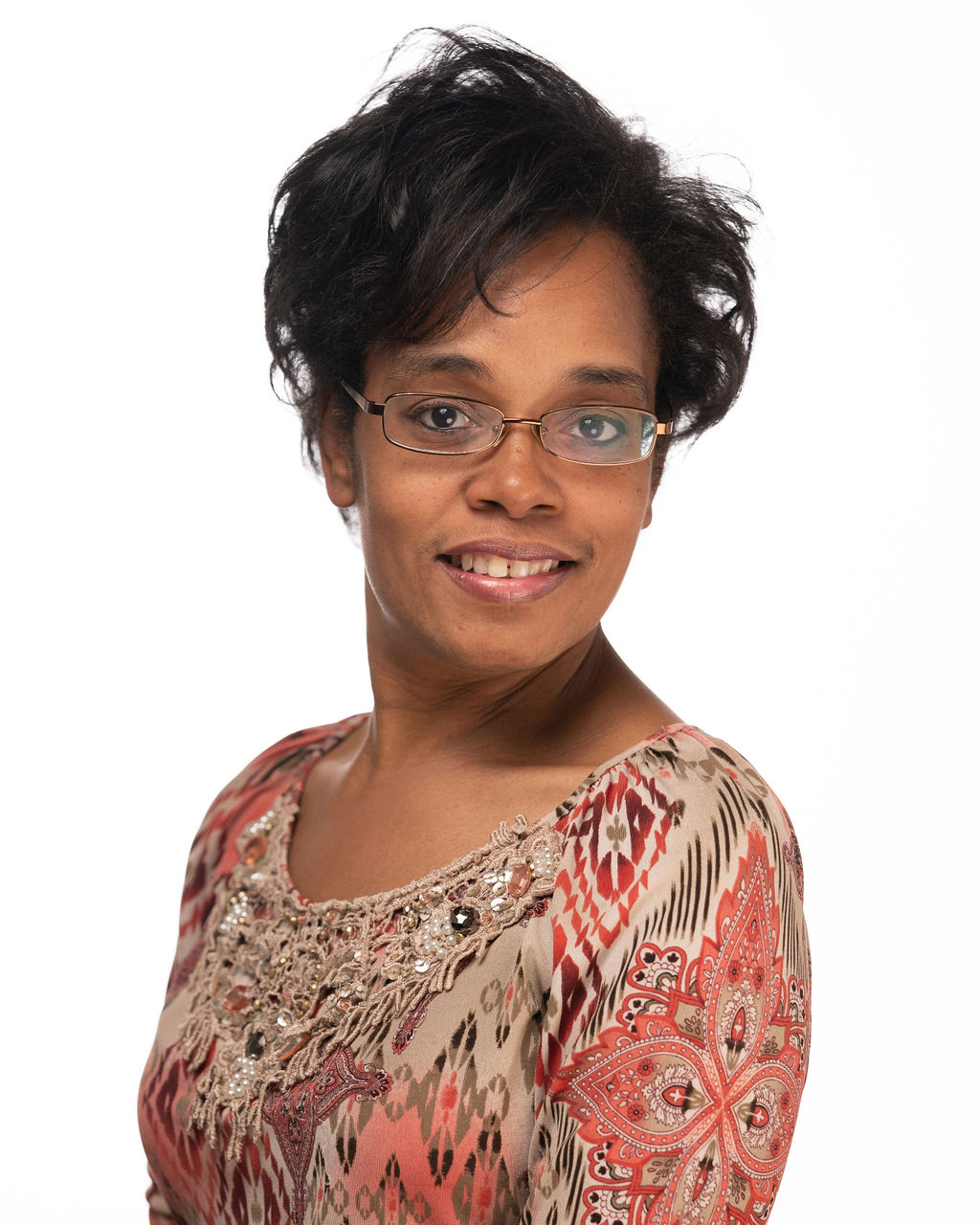